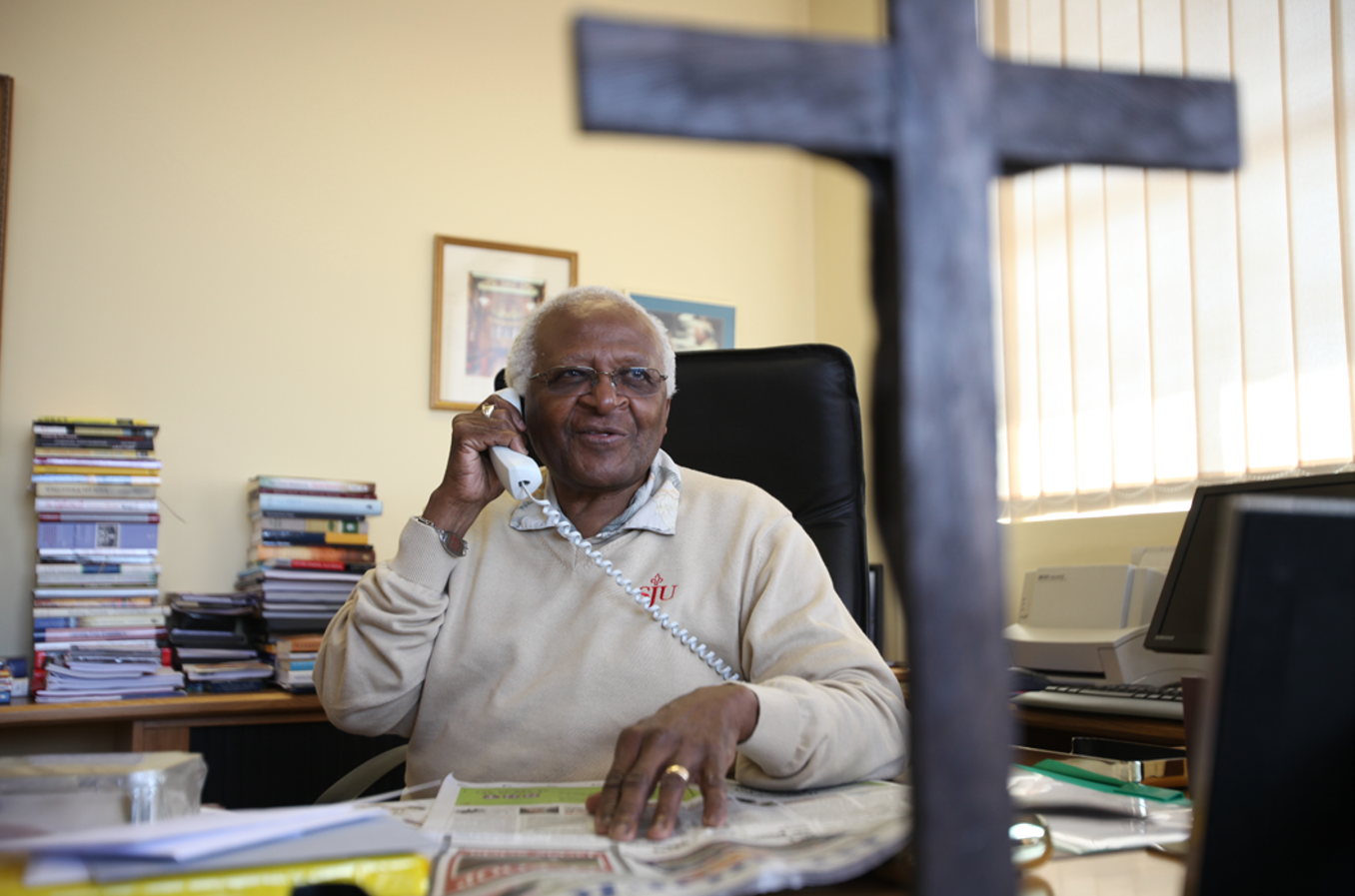 In a world of inequity, greed and unfairness, Desmond Tutu embodied the yearning of many people for a different kind of leadership based on shared human values of equality, justice, compassion and sustainable custodianship of the earth.

He ascribed the public acknowledgment he received to his recognizable nose and the easy pronunciation of his name – Tutu – by Western tongues.

The truth of it is he was a mirror of a special kind: One that absorbed peoples’ anxieties, stripped them of their prejudices, and enabled them to see better versions of themselves.

His footprints are scattered across the world, in countries near and far, and imprinted in the struggles of our times against racism, gender prejudice, xenophobia, homophobia, Islamophobia, anti-Semitism, the death penalty, the use of nuclear arms and fossil fuels, poverty, discrimination on the basis of class, culture, faith, age and/or geographic location…

Now, the work of gathering the footprints begins. To ensure they are not erased or distorted by the winds of time. Each one, a piece in a puzzle that, when complete, will reveal Desmond Tutu’s exceptional legacy, an heirloom for humanity.

The Archbishop Tutu IP Trust will from time-to-time share progress on this journey with the world.

The first pieces of the puzzle are revealed on this website today: A batch of 70 television messages recorded by the Archbishop for individuals, organisations and in support of good causes. Follow the link from In the Arch’s Words, below.

The Archbishop recorded hundreds of these messages over the years. They vary from the sentimental (he loved wishing people Happy Birthday or congratulating them on their achievements), to fundraising (for non-profit organisations), to activism and profound wisdom.

Many of the messages would have been played at the specific event for which they were recorded and never seen again. Together they represent an important and little-known body of his work.