Gentle tribute of a dissident poet 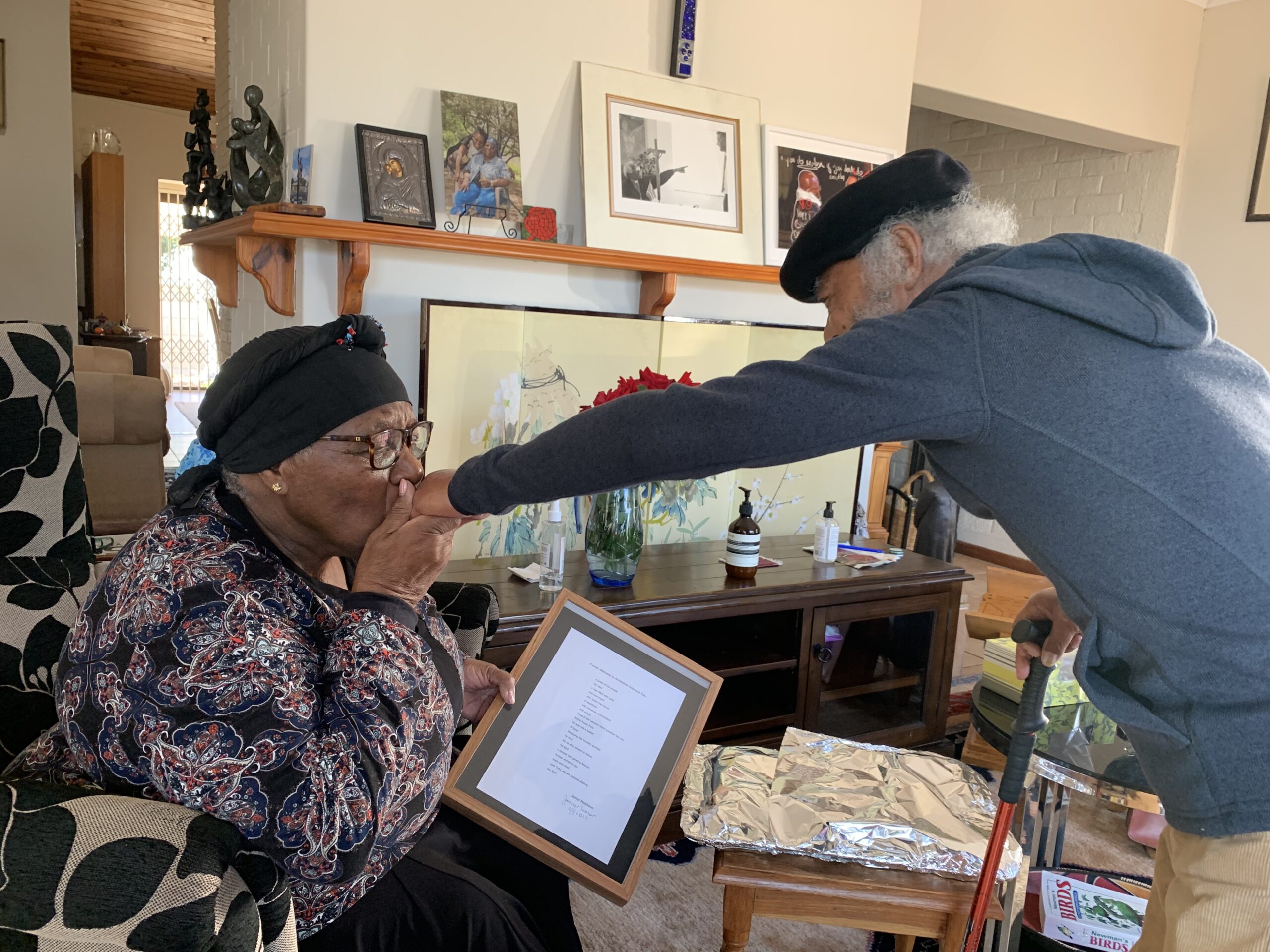 Legendary apartheid-era dissident poet, writer and publisher, James Matthews, has visited Mrs Leah Tutu at home to share a special poem dedicated to Archbishop Tutu over a cup of tea.

Matthews, now 92-years-old, was detained by the government in 1976. His poetry was banned and he was denied a passport for 13 years.

Best known for the volume of firebrand poetry, Cry Rage (1972), in recent years he published an extraordinary series of poems on the subject of ageing – Age is a Beautiful Phase – and struck up a friendship with the Tutus.

a priest of the people

a man filled with piety

who defied the horror

those in the western world awarded him the

he was not a seeker

a banner and glowing beacon

forever etched in our

Leah Tutu, we are grateful sharing