PICKING UP THE PIECES: THE 1st ANNIVERSARY OF ARCHBISHOP DESMOND TUTU’S PASSING 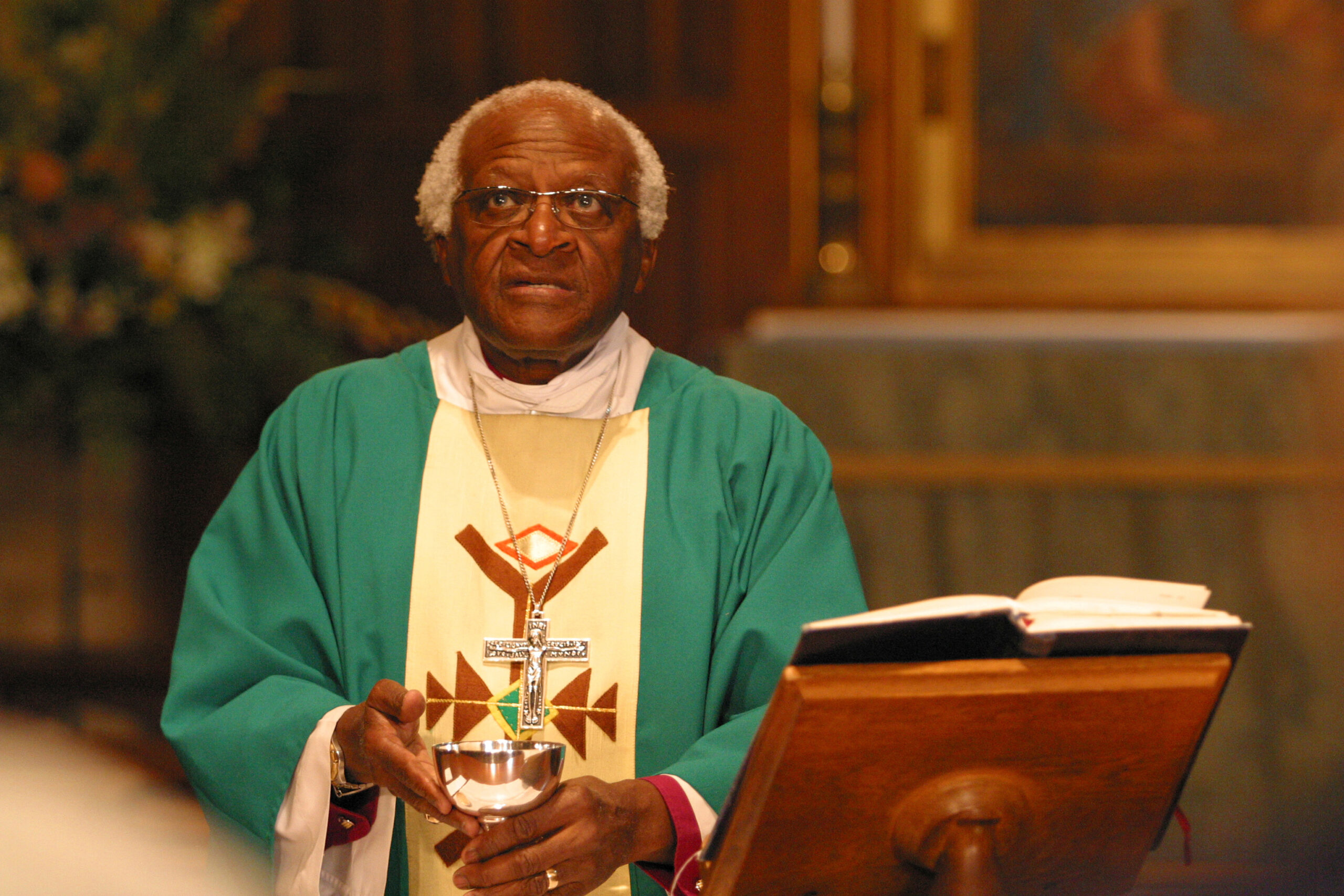 PICKING UP THE PIECES:
THE 1st ANNIVERSARY OF ARCHBISHOP DESMOND TUTU’S PASSING

1. End of the traditional mourning period
2. Beginning of global university partnership to secure his teaching

A year ago, on Boxing Day, South Africa’s beloved Archbishop Desmond Mpilo Tutu passed away after a protracted struggle with prostate cancer, teaching lessons about life, love and human values until the very end.

The image of this man – who in life rubbed shoulders with some of the most powerful and celebrated people on earth – lying in state in a simple pine coffin with rope handles, was both gorgeous in its humility and a searing indictment on the culture of extravagance that has overwhelmed traditional human practises venerating the departed.

The first anniversary of his passing marks the end of the traditional mourning period by his widow, Mrs Nomalizo Leah Tutu.

It also marks the beginning of a new global digital journey to protect the Archbishop’s body of work for future generations.

Archbishop Tutu occupied a unique position (organically, without being appointed or elected, guided by his faith) as a global moral conscience and human role-model. We have been acutely conscious of his silence this year.

Were he still here, he’d have helped us understand, from an inter-connected human family perspective, where we should stand in this year of war in Europe, accelerating climate calamity, energy crisis – and increasing social and political bankruptcy at home.

The Arch’s work took him around the world, dropping pearls of wisdom as he went. These teachings, unlike Hansel and Gretel’s breadcrumbs in the old European fairy-tale, remain relevant and accessible today. Gathered together, they comprise what we term the Archbishop’s Heirloom to Humanity.

The Archbishop Tutu IP Trust and the Desmond & Leah Tutu Legacy Foundation will work together on the development of a single-site, accessible and usable global digital archive (The Heirloom Project) in collaboration with South African and international universities associated with the Archbishop. Several have already committed to the project; details will be announced early in the new year.

The objective is to harness the full body of his teaching in order to be able to contribute meaningfully to the endeavours of those he left behind, and are still to come… Those interested in pursuing their faith, spreading the truth of our interconnectedness and interdependence as a single family of human beings and/or or completing the unfinished business of addressing unresolved injustices and inequities.

Among the obvious advantages of working with prestigious universities on several continents is that they are well-established, living institutions inhabited by successive generations of curious people with an interest in knowledge, and keeping it alive.

On the 1st day of 2022, the Archbishop was laid to rest. It has been an eventful and productive year, steeped in sadness and loss.

On behalf of Mrs Leah Tutu, we very gratefully acknowledge the loving support of family and friends across South Africa and the world throughout the mourning period.

We send warm festive season greetings to all.